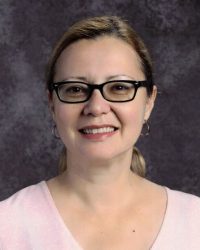 Maryline Lanteigne has been a classroom teacher at Jarvis Collegiate for 18 years, teaching all levels of science.  She worked at the Native Learning Centre for three years and taught Introductory Ojibwe Language.  While at the NLC, she developed an interdisciplinary course called First Nations Identity.

Maryline was the Branch President at Jarvis CI for 7 years and was a member of the staffing committee for 9 years.  She has been an AMPA delegate since 2019.

Her passions are outdoor education, environmental science and Indigenous studies.

Maryline was recently elected to the Executive in June 2021.