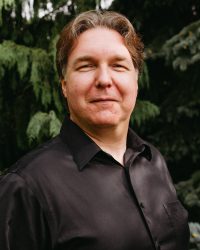 Mark Kissel has taught secondary and adult student’s guidance, music, and geography for over 20 years with the Toronto District School Board. Most recently he was at Victoria Park CI, and previously taught at the Virtual School, Burnhamthorpe Adult Learning Centre, Silverthorn CI, Newtonbrook SS, CW Jefferys CI, and Parkdale CI. He has also taught summer school, been an AQ course designer and instructor, an adjunct professor at two universities, and wrote curriculum and exemplars for the TDSB in the arts and guidance. Mark has held multiple positions of responsibilities, coached and convened many sports, produced and conducted numerous arts productions, and advised several clubs and councils.

Mark has been involved with OSSTF for many years. At his schools, he has been a Branch President at two different locations, and was a Staff Workload Representative. He has organized local strike action activities, and served as a Health and Safety Representative. With OSSTF Toronto, Mark has sat on all bargaining unit committees: Chair of Elections Commission; Chair of Professional Development; elected Chair of Collective Bargaining; elected Member of Budget, and; Member (Rotating Chair) of Constitution and Steering. With the Toronto District, Mark was an elected District Executive Officer-at-Large; elected Member of Finance; Member of Constitution, and; Member of Communications and Political Action. He attended AMPA multiple times as an elected delegate, and previously served as a whip.

Provincially, Mark was an Election Organizer, a full-release position focusing on the June 2022 Provincial Election. He is a member of the Speakers Bank, chairing local and district bargaining unit meetings throughout the province, as well as Provincial Council. Mark is a presenter for two Educational Services workshops, Cultivating Resilience and Allyship. He was a member of the Educational Services Committee, and is presently the vice-chair of Parliamentary and Constitution Council, where he helps steer AMPA and Provincial Council, and reviews constitutions.

​Mark was honoured to be elected as an Executive Officer in May 2022.