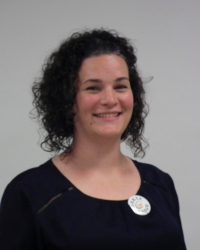 NICOLE GAUTHIER began teaching with the TDSB in 2005, at Lester B. Pearson C.I.  During her time there she taught English, law, history, civics, careers, co-op, business and library.

Nicole took on the role of Branch President in 2009 and held the role until she was elected to OSSTF Toronto’s Executive in 2017; working with a number of different administrators.   She quickly established a passion for supporting and informing teachers, in-school staffing and health and safety regulations.  Her involvement with OSSTF Toronto prior to joining the Executive includes Chair of the Collective Bargaining Committee, Grievance Appeals Committee Member, Constitution and Steering Committee Member, Status of Women Committee Member and District Executive Officer at Large.  She has enjoyed contributing to the union as a representative on the TDSB’s School Safety Panel for School Safety & Engaged Communities, as a Staffing Committee Workshop Panel Member and as a New Branch President Workshop Panel Member.