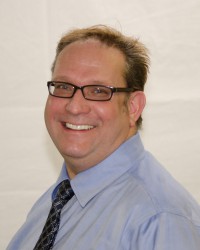 MICHAEL PLATT began his teaching career in 1996 with the Scarborough Board of Education (SBE).  His first position was as an Occasional Teacher with the SBE.  His first permanent teaching position was at his current home school Sir John A. Macdonald Collegiate Institute teaching geography & history.  Michael joined the Macdonald Branch Executive in the 2000-2001 school year as Branch Vice-President and became Branch President in the 2001-2002 school year.  Michael was first elected to the TTBU Executive in May of the 2006-2007 school year where he continues to advocate for member interests and defend the Collective Agreement both locally at District 12 and provincially as a Provincial Councillor and AMPA delegate.  Michael assumed the office of Vice-President 1 July, 2015.